Womens insurance has become a brand of its own, in South Africa and other parts of the world. That is because women have special needs and demands.

However, it hasn’t always been this way. Little more than a decade ago womens insurance that catered specifically to women, was unheard of. An insurance policy was an insurance policy, and your sex was irrelevant, even though your age was considered very relevant.

1st for Women Insurance was the first company to launch insurance aimed specifically at the fairer sex. The launch of the company followed intense research. It revealed an increasing number of women were signing up for insurance policies. That was rather than relying on those 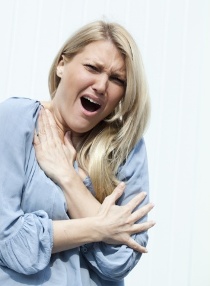 taken out by the men in their lives.

There was, the company states, “a gap in the market” for women’s insurance. It would cater for a woman’s “unique requirements.”

They also identified that all the cracked up jokes about what bad drivers women are, were wrong. Women were statistically “lower insurance risks than their male counterparts.”

Furthermore, they discovered that it cost less to repair motor vehicles women had crashed rather than those of male drivers

At the time, insurance companies in South Africa used traditional sales approaches and processes. These were clearly for men. That’s because it was they who historically spent more money on services and products.

But things were changing and changing fast. So they decided to design women’s insurance products that would offer lower premiums. That was based on the research results that showed women were, in fact, a lower insurance risk than men.

Today, 1st for Women offers womens insurance for vehicles and homes, as well as business women’s insurance, life insurance for women, and several other options.

Insurance companies also try to keep a firm finger on the pulse, assessing women’s needs and establishing the spending patterns of women as opposed to men.

Recently Discovery Life warned South African female consumers that while women were continuing to make what they termed “tremendous strides” in the workplace, women’s insurance priorities seemed to be taking a knock – even though many women in this country are breadwinners.

Liberty quoted a study produced by leading US life insurance firm, MetLife. The study found that women with small children take out insurance that equals treble their annual income, while men take out insurance that equals five times the annual amount. That seemed to indicate that women were not adequately covered to deal with injury or disability, and their families would not be covered in the event of their death.

Another statistic shows that women usually have only 69 percent of the total life cover taken out by men, even though other statistics indicate more women (70 percent) than men (62 percent) consider life insurance necessary.

To get a life insurance quote, please complete and send the form on this page