First she told us about Sanlam’s new informational campaign. It allows South Africans to figure out exactly what cover they need.

Sanlam’s Conversations with Yourself campaign

She says, “Sanlam’s Conversations with Yourself campaign is a thought-provoking investigation of one big idea: what would you ask if you could have a conversation with yourself at varying ages and life stages? I think it’s very pertinent to the topic of death, because you need to ask yourself the tricky questions before you can bring these up with your loved ones.

We then put pertinent questions to Ms Bongers about suicide exclusions.

Q & A About Suicide Exclusions 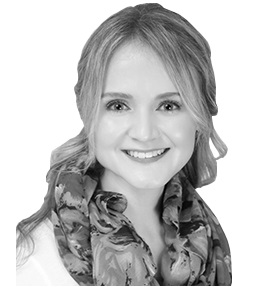 Q: Does every life insurance policy have a suicide clause?

KB: As far as I know yes (I’ve never come across one without a suicide clause.)

Q: How does a typical suicide clause look?

KB: It is in effect an exclusion clause, stating that a claim will not be paid if the life insured dies as a result of suicide within a certain period of time after the policy has been taken out. This period is typically 2 years.

Q: Does a suicide clause expire after a time, and is it every reinstated? Why?

KB: Once the 2 year period referred to above has expired, the exclusion will no longer apply. If the policy however is lapsed and reinstated, the suicide clause will typically apply again, as a lapse is a breach of contract and a reinstatement is effectively similar to taking out a new policy. If the cover on the policy is increased (other than through annual contractual cover growth increases), the suicide exclusion clause will typically apply to the increased portion from the date of the increase.

Q: How does an insurance company prove a suicide?

KB: Every case has to be decided on its own merits and circumstances.  All relevant available information will be considered and discussed with Legal Services and other stakeholders to reach a final decision if the cause of death is suicide or not.

Q: Are there many disputes arising from a suicide clause?

Q: Surely if an insured life is a smoker that qualifies as a suicide clause?

KB: Smoking significantly increases someone’s risk, so life insurance companies charge a higher premium for those who smoke compared to those who don’t.

Q: How important is the possibility of suicide of an insured person to an actuary looking at risk?

KB: Very important as life insurance companies can see in their claims experience that suicide is a major risk factor.