The Difficulty of Life Insurance for HIV-Positive Individuals

Life Insurance is a policy that will pay out a lump sum to a nominated beneficiary when the policyholder passes away. This principle applies even if the deceased was HIV-positive.

Scientists isolated the HIV in 1983. Scientists believe it’s origin to be in the central and western parts of Africa. HIV is transmitted through the exchange of bodily fluids, mainly sexually.

In 2016, buying life insurance if you are HIV-positive is not as difficult as most people believe it to be. Ten years ago it was almost impossible to get life cover that was affordable. Having AIDS meant a death sentence was hanging over your head.

With ARVs (Anti-Retroviral Therapy) people can live long, healthy lives. Adherence to the treatment also becomes much easier as people no longer need to take ten tablets a day. Today it has been reduced to just one but with the same effect. 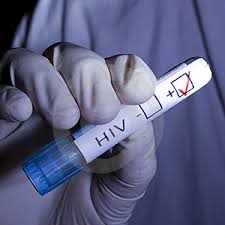 Almost 15 years ago, South Africa became the first country in the world to offer people living with HIV life insurance.

HIV cover was originally very expensive. Insurance companies believed that individuals who had tested positively were at a higher risk of dying young. There was a lack of data enabling them to determine the HIV-positive person’s life expectancy. People with HIV paid about 50% more for life cover than their HIV-negative counterparts.

The past thirty years have shown that HIV-positive people can live lives as productively as those that test negative.

▪ A CD4 count of below 300 means that the body’s immune system is compromised, and is open to picking up all kinds of infections.

▪ This blood test, done with the CD4 count, will determine your body’s ability to cope with sickness and disease.

▪ If <40, the virus is not able to be measured and is as a result of antiretroviral therapy suppressing the virus.

▪ This treatment, usually started when the CD4 count is under 350, will attack the virus, causing the Viral Load to decrease to less than 40.

▪ This lack of virus in the body will allow the immune system to recover and the CD4 count to subsequently increase.

Facts and Information Regarding HIV Cover

It is no longer difficult for an HIV-positive individual to get life cover. Insurance companies have created various packages to suit the individual’s pocket and needs. Get this life cover today. It is not only affordable but readily available to all.

To get a FREE life insurance quote, please complete and send the form on this page